Diversity: the secret to high-performing teams

Wouldn’t it be great to double the performance of your team?  It’s possible, says Dr Mariheca Otto,  “research has shown that diverse teams perform up to double that of homogenous teams”.  “That’s the business case for diversity.”

But it’s not just race and gender, which might be the first thing we think about.  “It’s much more than that,” Dr Otto reveals, “it’s about the variety of personalities, different ways of thinking, different perspectives and strengths.”

Easy, right?  Hmm, no, not quite.  Having different people in a team doesn’t automatically make them “diverse”.  “It’s about ensuring that people are seen for who they are, and the value that they bring.  If people are included in a team, but they don’t feel like they belong, you’re not tapping into the strength of a diverse team.”  Dr Otto says that it starts with letting go of ego.  “Being yourself and seeing the other person for the human that they are, is the first step to building a diverse team.  It takes courage and vulnerability to open yourself up and share.”

We have a tremendous opportunity in organizations to link in with the diversity of our nation.  It starts with having the courage to be vulnerable, Dr Otto believes.  “Ask yourself who you really are.  When you meet others, where you might feel intimidated, look at them as a fellow human being and focus on making a connection.  Put yourself in their shoes.  Share stories and ask questions about them, focus on the similarities and celebrate the differences.”

Dr Otto shares the story of a mining company who asked her to run a series of diversity workshops.  “They told me that they had a race incident on site, and they wanted to take the entire organisation through these workshops.”  She chuckles.  “The race incident was the symptom, but the real issue was that people didn’t feel heard or included.”  A subsequent survey showed that this is exactly what employees felt.  “The leadership was completely surprised, and they took practical steps to change it.  The MD stepped out and started having conversations with people, even just a small thing like greeting people on site.”  It’s been a two-year journey, but it has shown a 100% improvement in terms of belonging.

Healthy teams can laugh at themselves.  “You obviously want to tick the boxes, but you want teams to be able to have conversations about difficult issues first.  What do I need to be able to function in a diverse team?  Allow people to share the strengths and perspectives that they bring and ask them to share what they need from the team.  That increases understanding and appreciation.” she explains.

Getting it right is hard, and it takes time.  “There’s no silver bullet,” she warns.  “I know that we have to follow the rules and tick the boxes, but real transformation doesn’t happen like that.  You have to get into the hearts and minds of people.  Leadership must get out there, listen to the stories and find out what’s really happening.  And only then you can start shifting it.  You don’t need a perfect solution – you craft it with the team.”

Dr Mariheca Otto has been the founder and CEO of Motto Business Consulting since 2005. She consults in the field of organisational development and internal marketing (creating buy-in into vision) for a variety of clients in different industries. She works in association with independent OD consultants and other credible service providers.

She completed a B.Com (Hons: Industrial Psychology and Sociology), HED, M.Com and PhD in Business Management at the North-West University (previously known as the Potchefstroom University). She has delivered papers at both national and international academic and business conferences. Her research is not only published in academic publications, but also in newspaper articles and lifestyle magazines. She has almost 20 years of lecturing, training and facilitation experience and is seen as a key leader in her field (internal marketing) due to her ground-breaking work 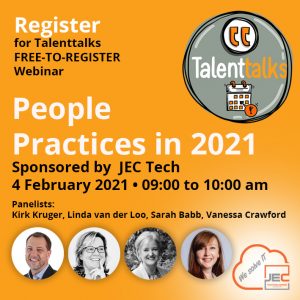