For centuries, people have been performing temporary and freelance work, which is nothing new.  Today, through better tech enabled solutions, individuals and organisations can take advantage of different ways of working.  The GIG Economy, is therefore very attractive even for highly skilled professionals and for organisations to avail themselves of skills that would normally take too long to recruit permanently, and may not be needed for the longer term.

Having worked in the GIG Economy for the last three years, I have experienced first-hand the many challenges and positives about this new work world, and also have many more unanswered questions of how this will ultimately shape.  For individuals working in the GIG Economy, there are many considerations:  This includes the precarious balancing act between marginality, affiliation and the need for autonomy, which becomes a tension ‘out’ of a formal organisation.  GIG workers have to consider much wider stakeholder groups than smaller internal organisational networks.  Massive amounts of Intellectual Property (IP) are created by GIG workers and ownership blurs. GIG workers have to take complete responsibility for their learning and self-development, which tends to be on a ‘just in time’ basis.  The independent ‘solopreneur’ or ‘self-proprietor’ that sells their labour or professional network of expertise, runs the risk of being commoditised and marginalised as a naturally relational human.

On the flip side, the very context of ‘organisation’ is being challenged. The essence of organisation (beyond the legal frameworks) are the people that make up organisations. Changing the ‘employment’ nature or lack thereof, calls into questions what organisations are.  The result is that a cultural revolution has started to take place in organisations as they start to redefine themselves, the way they are (their culture) and the very definition of what a team may become. (e.g. a team could be a combination of permanent employees and GIG workers or purely GIG workers that cluster around a fit for purpose project and then dissolve and move onto the next GIG).  The very definition of ‘retention’ has to change and maybe a returning GIG worker to the same organisation is what retention success will look like, even if it’s a few years down the line!

In order to take charge of your career in this new working world, what are you doing to up skill yourself on all the possibilities that exist, to align your purpose and values with your work, beyond the traditional model of being an employee in organisation?

Considerations for the GIG Economy –

Your branding is you

Power as autonomy in a digital age

Power as autonomy in a digital age 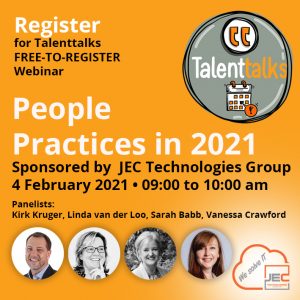