Realizing the Full Potential of Talent : Part 1 – The Flight of Icarus

While in Crete, Daedalus created the plan for the Minoan Palace of Knossos, one of the most important archaeological sites in Crete and Greece today. It was a magnificent architectural design and building, of 1,300 rooms, decorated with stunning frescoes and artefacts, saved until today. The sculpture of Ariadne in Knossos and many others in Elounda and Karia are also his.

There is a beautiful Greek legend behind this: King Minos and Daedalus had great understanding at first, but their relationships started deteriorating after a point. While there seem to be several reasons explaining this sudden change, the most persuasive one was that Daedalus was the one who advised Princess Ariadne to give Theseus the thread that helped him come out from the infamous Labyrinth, after killing the Minotaur. (Minos had imprisoned Daedalus in the Labyrinth because Daedalus helped King Minos’ wife mate unnaturally, to escape prosecution by Poseidon, the god).

Minos was infuriated when he found out about the betrayal and imprisoned Daedalus and his son Icarus in the Labyrinth. The Labyrinth was a massive maze built by Daedalus (Daedulus was a genius with inventions); King Minos wanted a building suitable to imprison the mythical monster Minotaur, and according to the myth, he used to imprison his enemies in the labyrinth, making sure that they would be killed by the monster. Icarus was the young son of Daedalus and Nafsicrate, one of King Minos’ servants. Daedalus was way too smart and inventive, thus, he started thinking how he and Icarus would escape the Labyrinth. Knowing that his architectural creation Labyinth was too complicated, he realized that they could not escape on foot. He also knew that the shores of Crete were perfectly guarded, thus, escape by sea was out of question too. The only way left was through the air. But how?

After much thought, Daedalus managed to create gigantic wings, using branches of osier and connected them with wax. He taught Icarus how to fly, but told him to keep away from the sun because the heat would make the wax melt, destroying the wings. Daedalus and Icarus managed to escape the Labyrinth and flew to the sky, free. The flight of Daedalus and Icarus was the first time that man managed to fight the laws of nature and beat gravity. Although he was warned, Icarus was too young and too enthusiastic about flying. He got excited by the thrill of flying and got carried away by the amazing feeling of freedom and started flying high to salute the sun, diving low to the sea, and then up high again. His father Daedalus was trying in vain to make young Icarus understand that his behavior was dangerous, and Icarus soon saw his wings melting. Icarus fell into the sea and drowned. The Icarian Sea, where he fell, was named after him and there is also a nearby small island called Icaria.

What caused the son of a brilliant inventor, a potential genius, to make a faux pas for which he would pay with his life? Overuse of emotion and complete lack of rational thinking, seem the obvious reasons….
Creativity meets Discipline

Dharamsala in Himachal Pradesh, a northern state of India, is a tourist paradise. Thousands throng every year to experience peace, mindfulness and happiness. Therein lies Norbulingka Institute. Norbulingka means “Treasure Garden.” or Treasure Park”, in Tibetan. Norbulingka is a diverse community of over 300 people, made up of masters and their apprentices, scholars and students, administrators, and hospitality staff. Employees hail from every region of Tibet and the Tibetan diaspora in India, and each individual has a unique story to tell. Their goal  is to give a glimpse into the lives of some of Norbulingka’s employees in hopes that people will gain a deeper understanding of Tibetan culture as a whole, and the values, dreams, and struggles of Tibetan people in exile (Tibetans live in exile here because China claims that Tibet is part of their territory). Norbulingka Institute, amid lush surroundings, set up to preserve the Tibetan art and culture, is truly a treasure. It comprises of Norling Café, Deden Tsuglagkhang, a Japanese-style garden, tailoring design center, wood carving center, Losel Doll Museum, Norling Guest House, Norbulingka Art Shop and Norbulingka Sculpture Studio.

The institute not only trains Tibetans to create sacred thangka paintings, appliqué thangka, metal sculptures and wooden carvings using traditional techniques, but also produces the masterpieces for sale. The art, which is done by hand, is extremely intricate and is exquisite in every way. The apprenticeships are extremely rigorous and the training for becoming a beginner at professionally creating these art pieces, is ten years! Yes, ten years of daily disciplined effort. Why such a long apprenticeship, one may ask?

The spiritual art is considered as a “support” and “focal point” for meditation and achieving spiritual goals. For instance, thangkas (the paintings depicting gods) are used to meditate, visualize the deity and develop a connection with the deity. The sacred art, therefore, is strictly created using size, color and proportion rules mentioned in the holy books. Thangka paintings are a medium to express the Buddhist principles and an object of beauty. Silk and brocade are used to design an appliqué thangka, an age old Tibetan tradition. The thangka, a time consuming artwork, consists of several pieces. The thangka is a team work of thangka painters and appliqué artists. Each thangka must meet standards mentioned in the texts, such as deity statue proportions. Thangka paintings are extremely popular in the Indian subcontinent and are must-buy for every tourist. Little do we imagine the endless hours of gruelling and painstaking effort that has gone into making one painting – ten years of apprenticeship before even starting that one.

Learning? That which seems a beautiful piece of spontaneous creativity has actually a brain with lot of discipline, order, rules, procedures and regulation behind it!


What sparks groundbreaking Innovation in Business?

As we entered the the new millenium, two theories and practices were gathering momentum. The first, is called design thinking. A solution-focused thinking based on a goal, not a problem; an iterative process, deliberately looking for alternative points of view before honing them down, was popularised by Stanford University alumni. The second idea looking back 500 years to the Renaissance, is called the Medici Effect

The Medicis were a very prominent, well-to-do family of bankers. In the fifteenth century they brought together and were patrons for many of the great artists, philosophers, architects, and financiers in Florence, Italy. The Medici Effect refers to the burst of innovation and creativity which results from bringing together great people from a variety of different fields. The innovative works of many of these individuals launched the Renaissance. Coined by Frans Johansson in his eponymous book, the “Medici Effect” describes what happens when you combine diverse concepts, industries, disciplines, and cultures to create groundbreaking ideas and innovations.

As a child of a Swedish white father, and a Turkish dark mother and born in Germany, Johansson was primed to recognize better than anyone that ideas, concepts and cultures can perfectly intermingle with each other and lead to excellent results. The Medici effect is a profound insight about innovation: in the intersection of different fields, disciplines and cultures, there’s an abundance of extraordinary new ideas to be explored. Putting together ideas from different areas — ideas that were always seen as completely apart — can easily generate an explosion of new ideas. Since the optimal way to have great ideas is to have lots of ideas, the best chances for innovation are at those intersections.

The Medici family unleashed an explosion of creativity during this period and encouraged painters and architects, sculptors and engineers, poets and scientists, artists and philosophers – to come up with inspiring ideas. By supporting them financially, they were given freedom, which ultimately laid the foundation for the Renaissance. It was precisely the enmeshing of different disciplines that brought a lot of innovation to art, which in turn led to renewal of all disciplines in that time period. This indicates that path breaking innovation takes place when disciplines and ideas intersect in different sectors – ideas from various fields together, which benefits teams and organisations. Johansson, for example, indicates that architect Mike Pearce was inspired by termite constructions, to design a building without air-conditioning. Another example of the Medici effect is how the new chef from the respected New York restaurant Aquavit created a pioneering innovation. At the time, the restaurant was especially known for traditional Swedish dishes. However, chef Marcus Samuelsson cooked anything but traditional combinations and was the founder of so-called ‘fusion cooking’. He made new dishes based on unique combinations of dishes from around the world.

It can be understood that intersection is not just of disciplines, but of the right brain with the left brain, of creativity with linearity, of emotion with logic, of synthesis with analysis, empathy with intelligence. Johansson calls this so-called cross-fertilisation the Medici effect – traditional barriers are melted and innovation flows.


The Role of the two Hemispheres
Daniel Pink wrote a revolutionary book, titled “A Whole New Mind” in early 2000. He explains: “People have assumed from ancient times about a division in our brain viz, a left and a right hemisphere. Modern science has supported a neurological divide although we know that in every activity we engage in, both hemispheres cooperate. While there is cooperation, we also know that each hemisphere takes a dominant role in certain activities.”

“The left hemisphere specializes in breaking things into details, while the right hemisphere is better at providing a broader picture. A good example of left brain activity is language. To process language while we read or listen, the left brain has to break down symbols or words. When complex connections have to be made to understand, however, the right hemisphere jumps in, for example when irony or metaphors are used. Reasoning is also somewhat differentiated between hemispheres. The left side tends to react to things learned in the past, while the right side interprets intuitive knowledge like an angry facial expression, which all cultures inherently know to be negative. Long ago, people thought that the left hemisphere is what differentiates us from animals because we can solve analytical tasks. Left-directed thinking is sequential, functional, literal, textual and analytic. Right-directed thinking is characterized by more contextual, holistic, metaphorical, aesthetic, and synthetic thinking. Left-directed thinking has been appreciated more than right-side thinking and considered to be better for a successful approach to life. That’s why our school exams reward logical, linear thinking to arrive at a single answer in the time allotted, similar to a computer. Nowadays, however, the importance of right-directed thinking is growing importance.”

The information Age, he avers, has brought us economic growth and rising living standards. The reason is that as education became increasingly available to everyone, more and more people were able to follow this inherently left-brain method of specializing in knowledge and become well-paid white-collar workers. “The direction is changing now, however. As the marketplace becomes increasingly crowded by highly specialized left-brain white-collar workers, it becomes more and more competitive and thus, harder to differentiate oneself in the crowd and gain economic value. Right-brained individuals meanwhile are becoming more and more prized, as they excel in design, story, empathy, symphony and meaning, which is not easily achievable by left-brainers. Someone who develops aptitude in those areas gains a crucial competitive advantage in today’s crowded marketplace. Another reason for the importance of right-directed thinking is that in a highly logical, right-sided society, people increasingly search for meaning, purpose and yearn for the immaterial.” This move indicates that we move from an Information Age into the so-called Conceptual Age. Towards “A whole new mind” for the conceptual age, he recommends six elements: 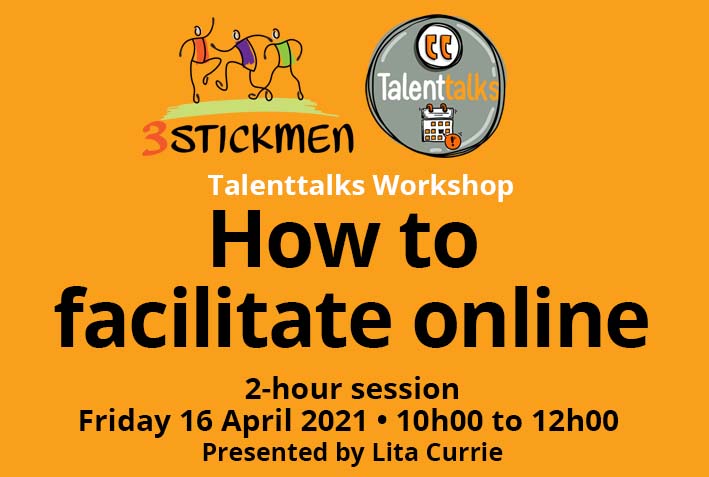 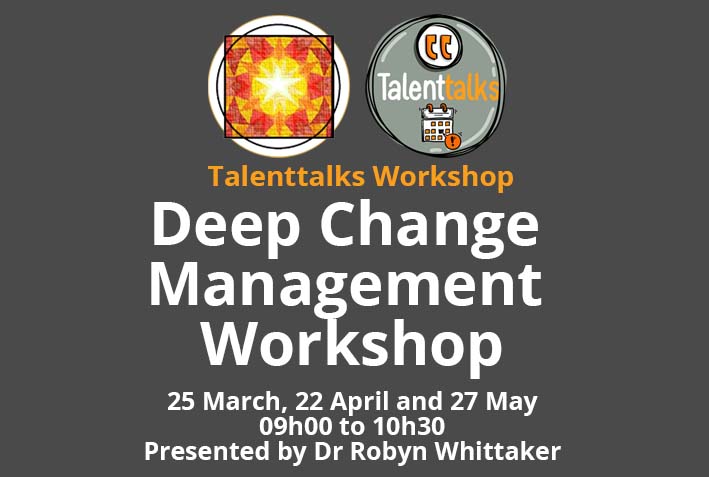